The Los Angeles County department of beaches & Harbors are busy with, among other things, tilling in Venice. No, it’s not the same kind of tilling that goes on in the Central Valley where the most fertile growing grounds in California can be found and where a big part of the countries produce is grown. In Venice they are tilling the sand on the beach, to make it look nice for the visitors!

Venice was founded by Abbott Kinney in 1905 as a beachside resort town. Before Abbott Kinney came along, the Venice area consisted mainly of marshlands. When Abbott Kinney created Venice of America, he had Venice Italy in mind, he built canals, Venetian style buildings and an amusement park pier. There were cottages and tents for people to stay in while visiting.

For the opening event he even brought gondolas and gondoliers from Venice Italy to take people on Gondola tours of the canals.  Abbott Kinney died in 1920 and left the running of the thriving resort to his eldest son. Shortly after his death there was a fire that claimed most of the pier and its attractions. The string of bad luck continued and shortly after the pier was rebuilt there was another devastating fire that leveled it all. This together with the failing infrastructure, new roads, sewers and water systems were badly needed, made the situation untenable. Venice was incorporated into the City of Los Angeles in October 1925.

Venice City Hall can still be seen at 681 Venice Blvd.

After the big storm passed through yesterday there were some pretty sizable breakers in the Pacific off Venice beach this morning. The breakers looked to be in the area of 8 – 12 foot high, there was only one surfer spotted in the water since the force contained in surf of this magnitude requires some extensive surfing experience to handle.

The high surf is expected to last for the next few days and another storm with more rain is expected tonight. A flash flood warning is in effect for all of Southern California  for tomorrow Sunday January 22 2017. 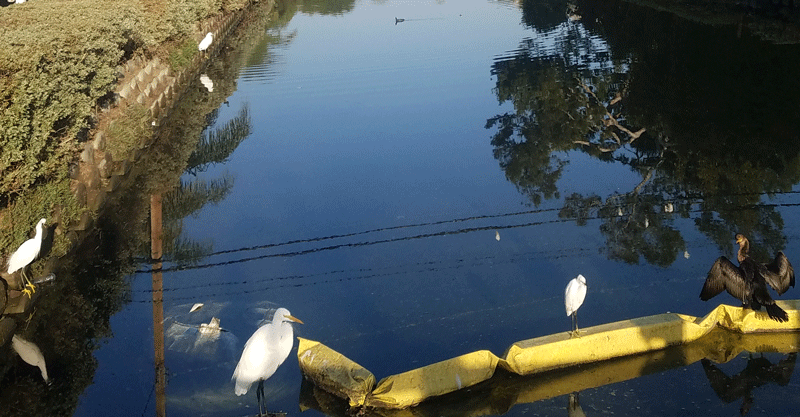 When the fishing is good you make sure to tell your friends so they can enjoy too!