Palatine hill or in Italian “Palatino” is where Rome as a community started, it is the place where the oldest dwellings have been found. The Palatine is one of the seven hills of Rome, it is 40 meters high and it is the centermost of Rome’s hills.

Casa Romuli pictured above was the dwelling of the founder and first king of Rome, Romulus (771-717 BC) it is on the South Western side of the Palatine hill and close to where the slope down towards Circus Maximus below starts. It is a one room hut and it would have had a straw roof. See also the Romulus and Remus legend.

The Hippodrome built by the Emperor Domitian as a part of the Domus Augustana constructed in 92 AD was a magnificent palatial home for the Emperor. The exact purpose of the stadium is not exactly clear. It is too small for chariots, but may have been used to exercise horses or maybe just as a garden for the Emperor to enjoy.

Domus Augusti or Domus Augustea “House of Augustus” was the home of Caesar Augustus when he was in power. One should note that this was not part of the above mentioned Domus Augustana built by Emperor Domitian.

Circus Maximus situated below the Palatine hill, actually in the valley of Murcia between the Avantine and Palatine hills were the largest stadium in ancient Rome, measuring in round numbers about 600 x 100 meters (about 2000 x 400 feet). It was first constructed in the 6;th century BC but altered and added to throughout time. It hosted chariot races and other ‘mass entertainment’ events. It held more than 150,000 spectators and became the blueprint for circuses built throughout the Roman empire, today it is a public park.

Forum Romanum or just ‘the Forum’ was for a long time the center of public life in Rome, a marketplace but also a celebrated meeting place, some say the most celebrated meeting place in the world. It is surrounded by Shrines and temples as well as statues commemorating the most important people in Rome. It had Royal residences such as the Regia from the 8:th century, and temples such as the temple of Vesta from the 7:th century.

Close to the Forum is Via Sacra where Emperor Domitian erected this arch in memory of his brother Emperor Titus whom he succeeded upon Titus death. The arch has sculptural details depicting his victories including the siege of Jerusalem in 70AD. This arch has been the model for many arches built, including the Arc de Triomphe in Paris France.

The interior top of the Arch of Titus in center shows the apotheosis (also known as divinization and deification) of Titus. See detail of this below.

Here are some interesting, beautiful signs found around Rome 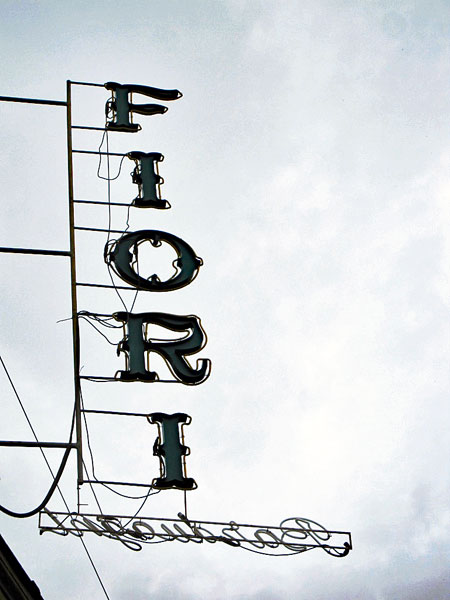 There are many things to see in Rome and one of them is:

Visit the Vatican to see the Pope

People start filling up St Peter’s square early morning on Sunday if the Pope (Francis) is in town. Around 11:30 it is getting pretty crowded and the anticipation is palpable, he is a popular guy! He appears from the window of the papal quarters in the vatican, although being a Jesuit and accustomed to more modest means, he lives in a room at the vatican guest house.

This is a very good place for a quick pizza bite, and you can have a beer with it if you like. Just don’t count on sitting down, there are a few chairs at a counter but the place is busy. Pizza is sold by weight and for two pretty large rectangles and a beer it was 8 euros.

Pizzeria rustica Italia is located in central Rome not far from the University of Rome at Corso d’Italia, 103, 00198 Roma, Italy

thelosangeleno thelosangeleno According to the CDC 16,000 Americans have died from the flu this season. 100 children were among the dead.

h J R
thelosangeleno thelosangeleno And to cap off the 2020 Oscars awards ceremony, best film award goes to Parasite. The Oscar was awarded by Jane Fonda.