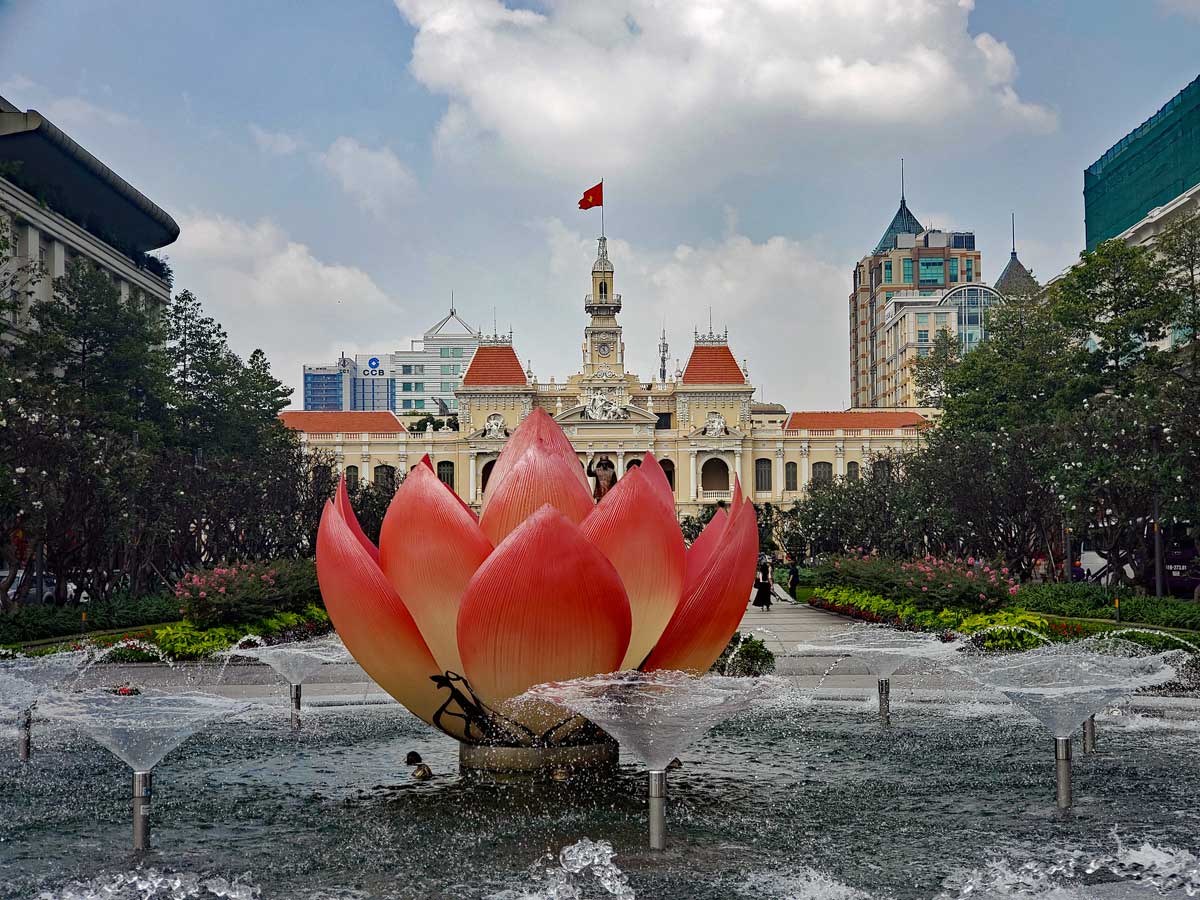 Ho Chi Minh Square is located in central Saigon, District 1. It is in front of Ho Chi Minh City Hall.

Saigon Opera House opened on January 1 1900. It is an example of French Colonial Architecture.

Saigon Central Post Office opened in 1891 during the French rule.

Saigon Independence Palace, or as it was first called, Reunification Palace, was finished in 1966. It replaced the Norodom Palace that used to be home to the French Governor. It was the home of the South Vietnamese president until the fall of Saigon in 1975. 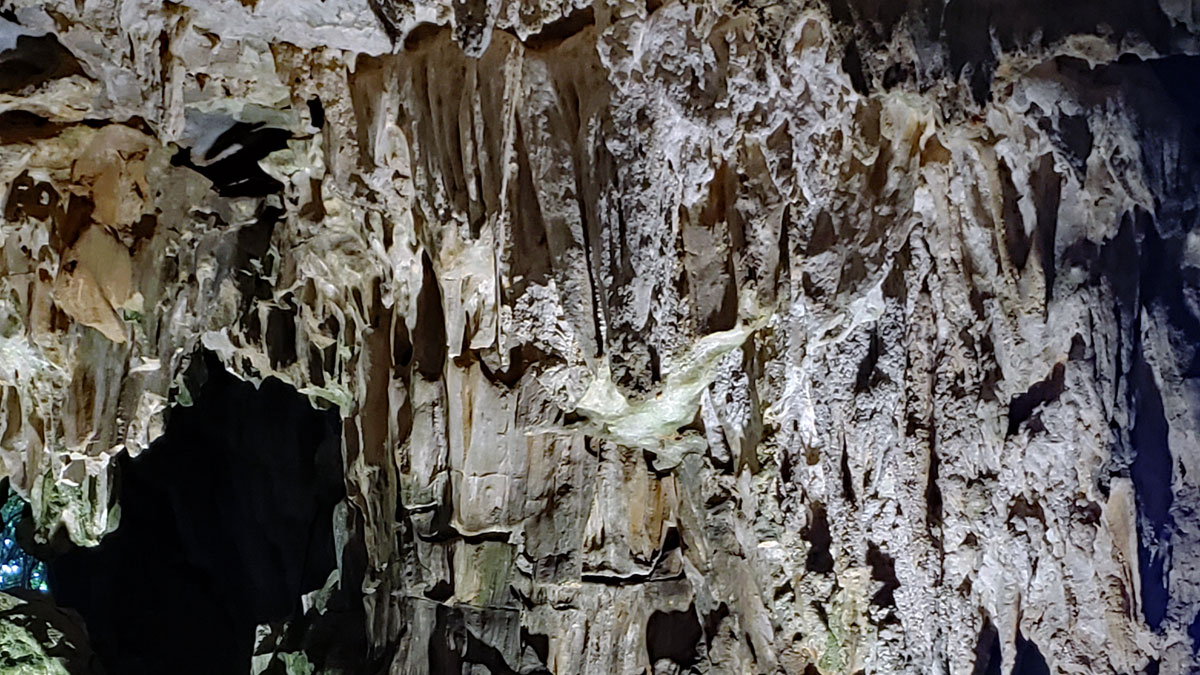 Ha Long Bay has many caves on different islands, one of the biggest cave systems is Hang Sung Sot on Bo Hon island..

Hang Sung Sot cave on Bo Hon island was discovered by French explorers in 1901 and they named it “Grotte des surprises-the surprise cave”sin French. The name persists, but now in Vietnamese. The cave system has two chambers and it is outfitted with easy to walk trails and steps, so it is mostly easy walking after you climb up the stairs from the pier to reach the entrance to the caves.

The caves are full of both stalactites (extends from the cave ceiling downward) and stalagmites (from the bottom up). There are also formations called flowstone which is a more sheet like formation of calcite and other minerals left when water flows down the walls or on he floor of the cave. 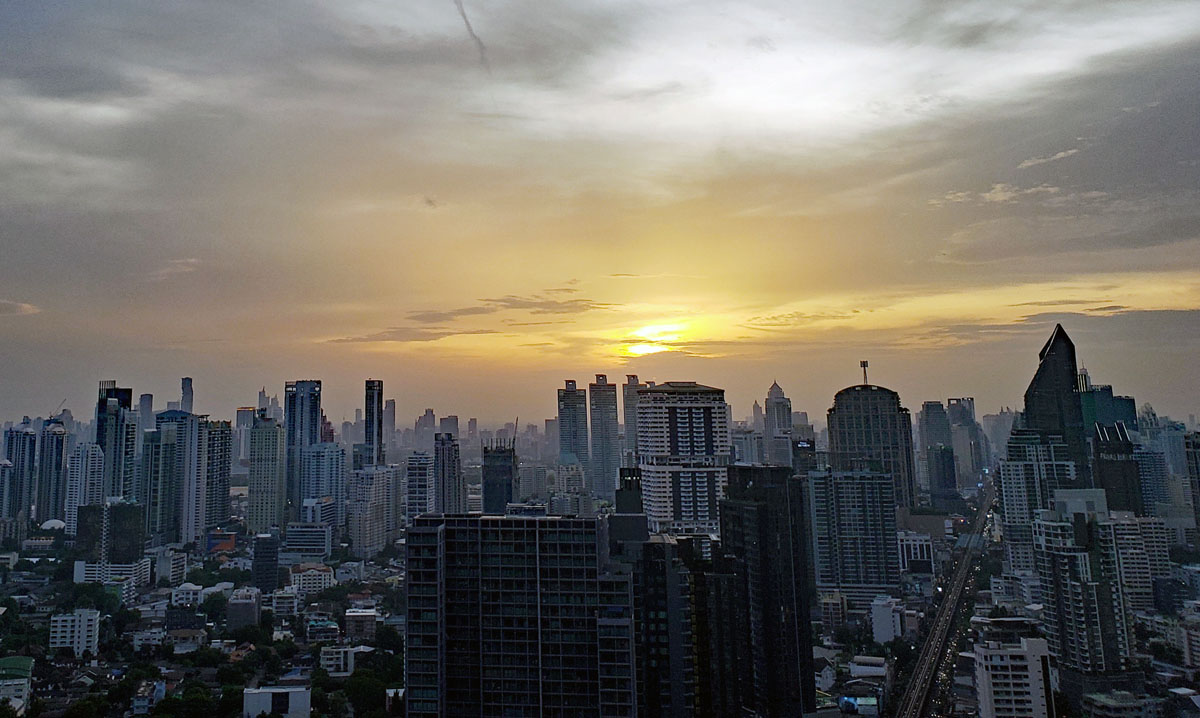 Bangkok, the capital of Thailand, was made the capital on April 21, 1782. It replaced Ayutthaya as the capital. Ayutthaya is located about 85km North of Bangkok, about an hour drive. Today only the ruins remain of the former capital. The first kingdom in Thailand was known as Sukhothai. It was founded in 1238 and was the most powerful under King Ramkhamhaeng in the 14:th century. Sukhothai later became part of the Kingdom of Ayuttaya which ruled Thailand and most of S/E Asia including Laos and Cambodia at the time. The Kingdom of Ayutthaya also later came to include the Northern Kingdom of Lanna.

In 1765 the Kingdom of Ayutthaya was attacked by Burma and the two kingdoms were at war until the Burmese had to withdraw to fight a Chinese incursion into Burma by the end of 1767. The Thai King, Taksin could then regroup, regain control of the country and form a new capital, Thonburi. The successor of King Taksin, General Chakri later moved the capital to Bankgok and became King Rama I.

Home of the Kings since 1782, Grand Palace is a sprawling compound that also used to house the King’s court and his majesty’s government as late as 1925.

The temple “Wat Pho”, or as it’s official name is “Wat Phra Chetuphon Wimon Mangkhalaram Rajwaramahawihan” is located just South of the Grand Palace and is also known as “the Temple of the reclining Buddha”. This temple is one of the temples on a list of six Royal temples that are of the highest class of the Royal temples. The temple has the most Buddha images of any temple in Thailand and one of them is the 46m long reclining Buddha. It is also one of Bangkok’s oldest temples and is believed to have been built sometime during the rule of King Petratcha 1688-1703.

Suvarnabhumi Airport was designed by the architecture firm Murphy/Jahn and finished in 2006. Here is a link to an article in ArchDaily.com.

Suvarnabhumi Airport is the home of Thai Airways International Public Co., ltd. doing business as Thai. The airline was formed in 1960 and it was a joint venture between the domestic carrier Thai Airways Company and Scandinavian Airlines (founded in 1946), SAS which owned a 30% stake in the joint venture. SAS was providing assistance with personnel training, operations, management and marketing – all with the intent of building a national Thai airline within the shortest timeframe possible. SAS held a stake in Thai until 1971 when the the Thai government bought out the remaining 15% and the carrier became a governmentally controlled National airline.

MahaNakhon or as it has now been renamed “King Power MahaNakhon” was designed by a team that included German Architect Ole Scheeren. When it was completed in 2016 it was the tallest building in Thailand, topping out at 314 m. It has since been pushed down to the second tallest building by another building in Bangkok,  Magnolias Waterfront Residences at ICONSIAM finished in 2018 and topping out at 317 m.

If you spring for the ticket to go up in MahaNhakon a stunning view of Bangkok and the Chao Phraya river awaits you.